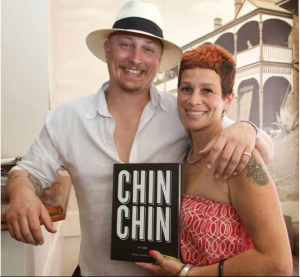 WITH three-hour queues to eat his food, three bustling restaurants under his exacting leadership and a winning new cookbook, Warrandyte’s Benjamin Cooper is one of Australia’s hottest chefs.

Amazingly, the Chin Chin head chef’s entry into the food industry came “almost by accident”. He had planned to follow a career in economics/law but took a year off from study after high school.

“I figured I might as well do an apprenticeship while I was off school,” he told the Diary. “The first day in the kitchen, that was it – it just felt like home.”

His apprenticeship and early career reads like a glittering, culinary who’s who. He has worked with Neil Perry, Teague Ezard, Kylie Kwong, and at iconic London establishments Nobu and Smith’s of Smithfield among others.

He is driven, with a calm disposition only just containing an abundance of energy.

A typical day in the life of Benjamin Cooper begins between 4.30am and 6.30am and finishes about 11.30pm. He admits to having had only four hours sleep on the day we meet but shows no signs of fatigue. Shrugging, he puts it down to “keeping fit” and reveals he rarely has more than one cup of coffee a day.

This week is a bit more hectic than usual as he has been trialing dishes at the Moorabbin-based kitchen for latest restaurant venture, Kong, which opens in eight weeks.

In between planning a third restaurant with boss and entrepreneur Chris Lucas, he has written a book (Chin Chin: The Book), prepped endless dishes for restaurants, Chin Chin and Baby, mentored staff, overseen service for countless lunches and dinners and written recipes for all three establishments.

Gesturing to the canopy of eucalypts visible from the window, he makes his feelings clear about where he lives.

“I draw my energy from Warrandyte,” Ben says.

But the father of three takes “a day off without hesitation” for important events in his children’s lives.

Benjamin grew up in Taree, NSW, and Melbourne-based wife Fiona introduced him to Warrandyte.

“The first time Fiona brought me here I fell in love,” he says. “I’ve been to over 30 countries and this is the best place in world.”

Trialing dishes and playing with ingredients in the haven of the Warrandyte kitchen happens often but Benjamin admits to being relaxed about eating at home: “We cook a lot of simple Italian at home – and we have toasted cheese and baked beans, too.”

He describes Fiona as “a great cook” and says eating out is rare although “we’ve been to the (Warrandyte pub) and had a great meal recently”.

Adrenalin-fuelled Chin Chin (meaning ‘penis’ in Japanese) is the star of Chris Lucas’s restaurant empire but although critics describe the food as refined, it does not take itself too seriously.

“I really care about authentic technique and great ingredients but I’m not afraid to play with new flavour and texture combinations. I like to create food that makes people happy.”

And of Chin Chin’s success: “It’s not just about the food,” he says. “It’s the food, wine-list, atmosphere, management, staff as well as location. And we are a team of people who care about food.”

In the home he shares with wife Fiona and their three children, there are workmen completing renovations and Benjamin has been “helping the builder” despite the lack of sleep. Fiona has been painting and the children are playing and doing homework on the bench while three dogs look on.

Benjamin Cooper won’t be drawn on whether he plans to open a Warrandyte venture in the future.

“Right now I’m running the restaurants of my dreams,” he says.