Australia’s complacency in the face of worldwide bee decline 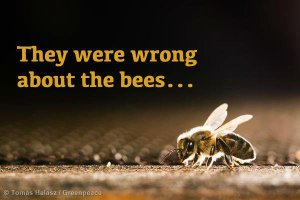 Bee decline is now a global problem with up to 90 per cent of our crops at risk. Research showing the chemical neonicotinoids (NNIs) as the main culprit has led to its ban in Europe with USA also resolved to take action. But, here in Australia, there is no ban nor even an investigation.

TWO YEARS ago, in an historic move to save beleaguered bee populations, the European Commission enforced a continent wide ban on the use of a new class of pesticides known as neonicotinoids (NNIs), or neonics.

Last month, the first draft of the Federal Pollinator Strategy to deal with NNIs was released in the United States.

There is no ban on their use in Australia and no investigation into the use of neonics has been instigated here.

The Rural Industries, Research and Development Corporation reports that annual honey production in Australia is between 20 and 30,000 tonnes, of which about 4,600 is exported. Most of this is produced from native flora.

Honeybees also pollinate about 90 per cent of our edible crops and are integral for the production of one third of the human diet. As well, many animals (including livestock) are dependent on bees for their food supply.

There is currently a worldwide bee shortage due to a phenomenon known as Colony Collapse Disorder (CCD) that causes bees to abandon their hives and die. Australia has so far been spared, but many fear it is inevitable.

The reasons for CCD are not straightforward. The top suspects include climate change, loss of habitat, pests, diseases, bacteria, electromagnetic fields, herbicides and pesticides, as well as combinations of these.

A Harvard University study (and numerous others) links neonicotinoids, particularly in combination with other chemicals, to declining bee populations.

NNIs are systemic pesticides that penetrate the entire plant including the nectar and pollen and contain nicotine — the effects of which are well known with regard to humans. NNIs – the fastest growing pesticide products in the world – have also been shown to change bee behaviour.

Indeed, the growing body of evidence implicating the use of neonics with Colony Collapse Disorder has led to their ban in Europe, and highly regulated use in Canada. In the United States the development of stringent precautionary methods on NNI use is under way.

One of the most significant studies by Christian H. Krupke on the effects of NNIs on bee colonies, found that, when treated with a neonicotinoid containing the chemical “Clothianidin”,

Ennio Torreson “has a couple of hives” in Warrandyte, in Victoria’s Yarra Valley, and likens the hobby to “crack cocaine”. “It’s a phenomenal and fascinating hobby and it’s addictive”, he admits.

Ennio, who is also a member of  The Beekeepers Club in East Doncaster, says,

“The bees seem to be coming back, but we’ve had two very bad seasons and many hives have been lost.”

Bayer, the world’s foremost NNI producer, insists that neonicotinoid insecticides, do not impact on colony health

“when used carefully and in accordance with the label”.

The chemical giant has developed a comprehensive international PR campaign and multi-layered education drive which includes a dedicated website, a “Bee Care Tour”, a children’s book that blames mites for bees “getting sick”, and plush toy bees espousing Bayer’s claim that “We care for bees”.

The complex promotional strategy also incorporates sponsorship of events such as the Global Youth Ag-Summit which takes place in Canberra next month, and the funding of scientific studies into bee population declines.

“Bayer Group has been shown up as a corporate bully, trying to silence campaigners who are standing up for bees.”

Bayer and other chemical giants, most notably Syngenta and Monsanto, continue to lobby the European Commission to lift its continent wide ban on the use of NNIs.

Last week, in a move labelled as “scandalous” by environmental groups, the British government relaxed its restrictions of neonicotinoids following an application by the National Farmers Union.

Bayer consistently points instead to the varroa mite – a parasite responsible for widespread bee losses internationally – as the chief culprit affecting bee colonies.

Many scientists and environmentalists argue, however, that bees have evolved with pests over millions of years — apiculture goes back to the pharaohs and still-edible honey has been found buried in Egyptian tombs.

As well, the varroa mite only affects honeybees, which does not explain why feral bee populations are also impacted by colony collapse disorder.

They maintain it is NNI pesticides which lower the immune system of bees and enable diseases and pests such as the varroa mite to take hold.

Supporting this argument is the fact that the varroa mite’s 1980s introduction into the United States predates that country’s dramatic bee declines, which only appeared in the last ten years, and coincides with the increased use of NNI pesticides.

Australia’s still unregulated use of neonics and current absence of varroa mite is, paradoxically, often cited by Bayer as evidence that NNIs are blameless in bee declines.

Post-doctoral fellow at the CSIRO Canberra Dr John Roberts is currently conducting an Australia-wide pest and disease survey on honeybee populations. In his opinion, there is no single culprit for declining bee populations and “pests, disease, climate, chemicals and hive management all play a role”.

According to Dr Roberts,

“The combined stress threshold of all these factors is too great overseas, but so far in Australia, available native flora provides a good basis for nutrition and better immune system functions.”

He believes precautions need to be in place to ensure the future health of Australian honeybees as well as indigenous and feral bee colonies. Dr Roberts cites as necessary preventative steps:

In the follow up article that details Fischer’s response, Gibbs examines the same studies as Fischer to point instead to the flaws of Bayer’s contentions, and systematically dismisses Bayer’s evidence of the safety of neonics.

In The Life of the Bee, Nobel prize winner Maurice Maeterlinckwrote:

“If the bee disappeared off the face of the earth, man would only have four years left to live.”